The annual Delaware Department of Education reports, which will be presented to the State Board of Education tonight, show an overall graduation rate of 85.75 percent in 2017. The graduation rate for several student subgroups – African American, Asian, Hispanic, low-income, multiracial, white and students with disabilities – also are up from 2016. The rates for two other subgroups – American Indian and English learner – declined.

“Across our state, teachers, counselors, school leaders and community partners are collaborating with families to support their students, particularly those who are at risk for leaving school or falling behind on credit accrual. Their collective work is the reason more of our students are graduating,” Secretary of Education Susan Bunting said. “Still none of us is satisfied. We will continue to increase graduation rates and decrease the dropout rate because behind these numbers are real students who need diplomas to be ready to succeed in postsecondary education and/or careers.”

The graduation rate tracks the percentage of 9th students who graduate with a regular high school diploma within four years.

While the annual dropout rate provides information about one particular school year and all students enrolled in high school in that year, the graduation rate provides information about a particular group of students followed over the course of high school. It looks at all students who started high school at the 9th grade and how many graduated within four years. For this year’s data, that means students who started 9th grade in the 2013/14 school year.

This year’s rate is the highest since the state changed how it calculates graduation rates in 2010-11.

Four-year graduation rate trend data, including subgroup and district/school information, is shown below. 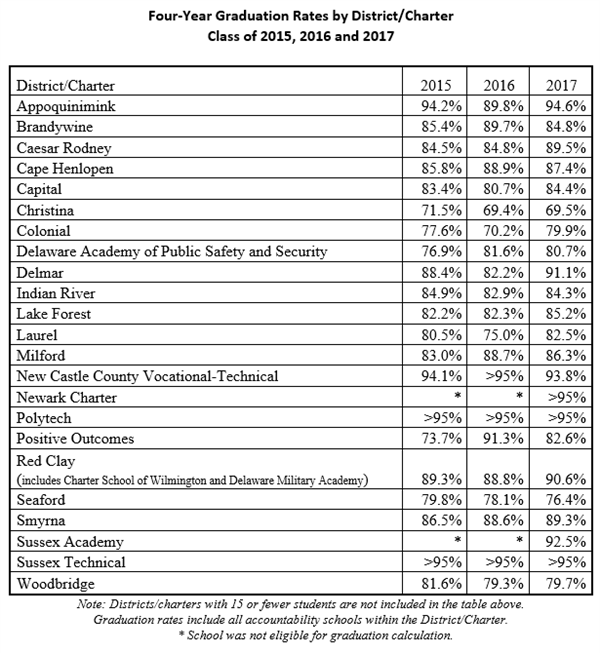 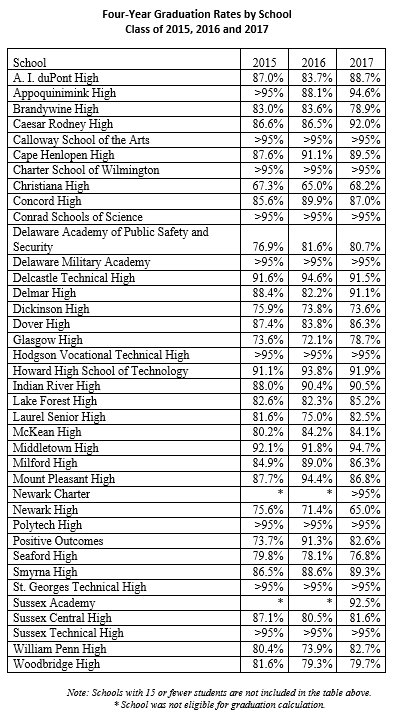 The annual dropout rate is calculated from grades 9 to 12, as prescribed by the National Center for Educational Statistics (NCES), which provides data to the federal reporting system. The rate represents the total number of students (grades 9-12) who dropped out in a single year, divided by the total enrollment of the same school year. Data also is collected from private schools and families who homeschool their children. That information is only used to verify whether students transferred from public to private and home schools.

The annual report also looks at dropouts by student demographic. Statewide in the 2016-2017 school year, of the 700 who dropped out, 281 were African American, 258 were white/other and 161 were Hispanic.  Looking at the total student enrollment by demographics for 2016-17, 2.7 percent of Hispanic, 2.2 percent of black and 1.2 percent of white/other students dropped out.

The majority of the 700 dropouts were male (418). The largest number were enrolled in the 10th grade (246). Students cited academic, personal and economic reasons for why they left school.

The state report provides analysis based on demographics and geographic breakdowns, including by county and districts/charter schools. For 2016-17, Kent had the lowest percentage of dropouts (1.5 percent). New Castle’s rate was 1.6 percent while Sussex’s rate was 2.2 percent.